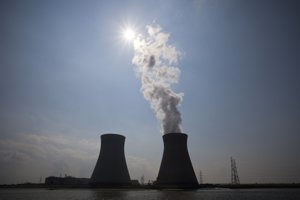 The Supreme Court in Washington has ruled against the requirements to limit power plant emissions of mercury and other hazardous pollutants from the Obama Administration. The court explained that the reason for this ruling was that the Environmental Protection Agency (EPA) failed to factor in the costs to reduce the emissions. EPA argued that they did in fact factor those costs in which would reduce hazardous emissions by 90%, but according to the Supreme Court this information was submitted to late in the process and could not be considered.

However, Colorado will not be affected by this ruling. Since 2008 Colorado has had its own emission rule concerning mercury which can cause neurological damage and birth defects in humans if built up in the environment. According to the rule, all coal-fired power plants must capture 80% of mercury emission in 2014, rising to 90% by 2017. Xcel Energy, Tri-State Generation and Transmission Association, and Platte River Valley Power Authority have all added control systems to monitor the mercury pollution in the state.