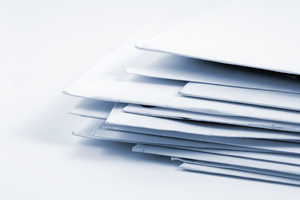 Do you ever wonder why some of the mail delivered to your home contains Littleton, CO 80124 instead of Lone Tree, CO 80124? While the history behind why this still occurs is unclear, the reason it originally happened was because the homes within the area that is now known as Lone Tree, Colorado, were at one time in a unincorporated area of Douglas County. Since there was no incorporated city or county government for this area, the post office needed to give the area an "identity" in order to provide mail service. The Littleton branch of the post office was the office that served this area, and therefore, the area took on the identity of Littleton, even though it was not a part of the city.

The question remains - Is this an issue today, or not? It is not an issue in terms of your mail being delivered as the post office now uses several additional sorting tools, such as the +4 Zip Code and Carrier Routes, meaning you will still get your mail. However, if you are receiving goods from a supplier, or doing business withing the city limits, it could be costly to you if they are mailing to Littleton instead of Lone Tree for the simple fact that the sales tax in Littleton is 3%, vs. 1.8125% in Lone Tree.

It might be a good time to update the records of your contacts so they are sending mail to you at the correct address.