Highest Profit Net for Sellers in a Decade 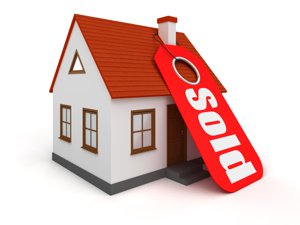 In a recent article published by Realtor Mag, it explains how home sellers in the second quarter of this year, 2017, sold their properties for an average of $51,000 more than they paid for them when they bought them. That being said it is the highest price gain for sellers since 2007, according to a new report by real estate data form ATTOM Data Solutions, when it was $57,000.

When ATTOM Data Solutions began tracking such data the sellers had owned their homes on an average of eight years, this being the longest tenure of homeownership since the first quarter of 2000. However, senior vice president at ATTOM Data Solutions says, "While it's the most profitable time to sell in a decade, its also extremely difficult to find another home to purchase, which is helping to keep homeowners in their homes longer before selling. And the market is becoming even more competitive, with the share of cash buyers in the second quarter increasing annually for the first time in four years."

Out of 118 metro areas with at least 1,000 home sales in the second quarter, ATTOM Data Solutions found that these five cities had the highest percentage of sales in which sellers got top dollar.

To read the full story and to view more pictures regarding this story, click here.