Did you hear the Good News? 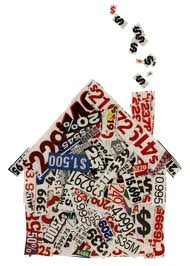 Believe it or not, a market once clogged with foreclosures and short sales has changed, and for the better! Real Estate reports throughout the local and national news media and predictions from industry experts support the facts that foreclosures are continuing to decline, prices (and equity) are continuing to rise and recover, new construction home permits are up and home sales in the metropolitan Denver area are setting records every month.

In fact, the new home markets in the Heritage Hills and RidgeGate subdivisions located in Lone Tree, Colorado are seeing their products fly off the market!  The newest development in RidgeGate, NorthSky, received deposits on all of the homesites in Phase I and is not planning on releasing Phase II until its model homes are completed early this summer.

The Denver Post reported at the beginning of 2014 that purchases of single-family detached homes in 2013 surpassed the peak volume hit in the 2004 boom which equates to a 32% increase in sales over 2012. 2013 sales of townhomes and condominiums saw a 23% sales increase over 2012. Some homes last spring were selling within hours of listing after receiving multiple bids. Later in the year, concerns that the Federal Reserve would end its bond purchases sent mortgage rates higher and restrained the overheated market.  Homes in metro Denver in December were taking 57 days to sell on average, up from the 44-day average in November. Detached homes were selling at an average price of $336,857 as the year concluded.

2014 homes sales and inventory is trending similarly to the beginning of 2013.  Housing inventory is remaining at all-time lows - just at 7,600 total residential units in February 2014 - and even the Polar Vortex has not slowed sales!

Over the past three decades, the average homeowner has stayed in their house 4.9 years. Due to recent economic uncertainty, families today have stayed in their home for more than nine years, postponing the move they wanted or needed to make. Well, the financial storms are behind us and the sky is starting to clear. So, is now a good time to
move? The answer is “yes!”

Hi Bob. I found this article on 2014 market statistics in Denver. Your area is extremely hot due to the close proximity to Centennial Airport,Sky Ridge Medical, Park Meadows,etc. I would suggest contacting the Nix's 60 days prior to the end of the lease - approximately June 1. You will have a strong open window prior to school starting mid to end of August. Hope you enjoy the article! Joyce Kelly LuxHomesDenver.com 303-681-6767