October home sales in the metropolitan area continued to show strong year over year statistics extending the 2013 sales trend into the start of the 4th quarter.  Even with the two week government shutdown, sales did not wane in Denver. Land Title Guarantee Company provided the following statistics gathered from the Denver MLS Search data in relation to October sales: 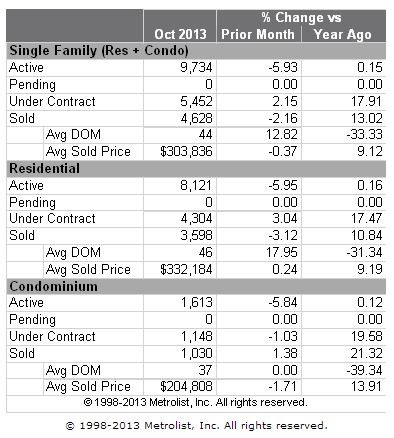 The Denver Post supported this report in an article published last week that also noted that Sellers received a higher percentage of their asking price on average than in September and October of 2012.