It is good news that the dramatic decline in the inventory of Denver Metro detached single family homes for sale has finally subsided.  Had the inventory decline continued at the same monthly pace set for the last few months, we could have experienced a drop in home sales activity.  With nothing for homebuyers to select from, they would be less reluctant to put their current homes on the market for sale, thus ending in a stalemate. 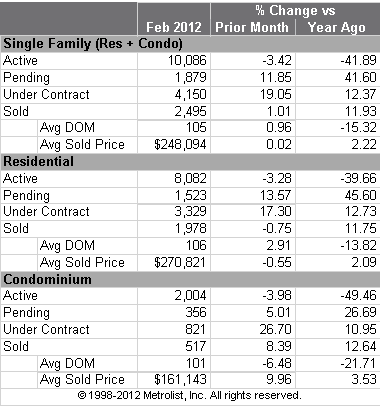